Nearly three–billion–year–old rocks at almost eleven thousand feet above sea level? If you find yourself going to or departing Yellowstone you might want to consider driving the Beartooth Highway between Cooke City and Red Lodge, Montana.

It does not even matter in what direction your travels ultimately take you.

I need to warn you, though. It took me ten hours to travel 257 miles from Grant Village in Yellowstone and across the Beartooth Plateau to Billings, Montana. Although it took about four hours and 150 miles to actually exit the Park, the concluding 100 miles over six hours still does not beat my previous personal geologic land–speed record of 100 miles over eight hours along the nearby and just slightly less spectacular Chief Joseph Highway.A mere two hours after I passed through this high plateau country the road was closed due to an impending snowstorm. 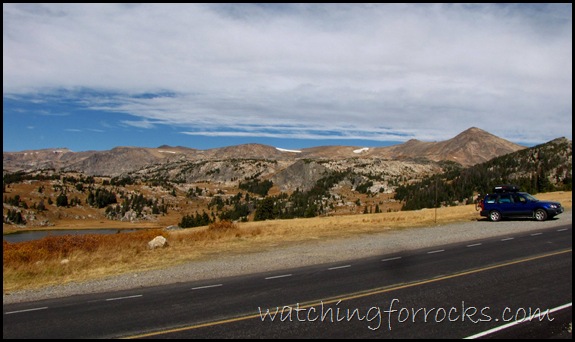 Where does your car take you?
Some things were never meant to be rushed, though, especially one of the most jaw–dropping drives in the country.

These crystalline basement rocks took somewhere around three billion years to form and eventually be uplifted as the Beartooth Plateau. Surely the least we can do is devote a day’s drive to enjoying them. 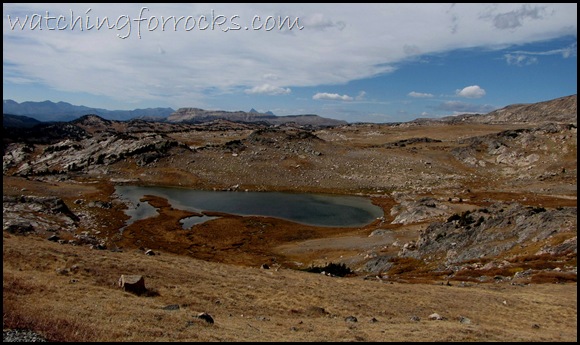 The northeastbound route climbs out of Cooke City and contours up and across the Beartooth Pass, at 10,947 feet above sea level the highest pass in the United States that isn’t on the Continental Divide. It was designated a National Scenic Byway in 1989.

Scrappy snowfields and remnant glaciers linger in the high elevations of the Beartooth Plateau all summer. Pleistocene glaciations gouged U–shaped valleys and produced the Bear’s Tooth, a spectacular spire that can be seen from near the road’s summit.

I could have easily left the road and start walking across this vast country, disappearing into three–billion–year–old Archean timelessness. 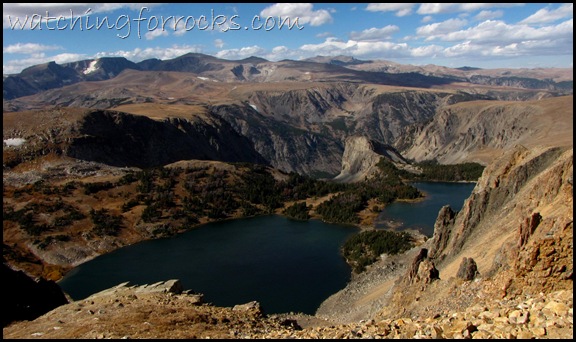