Home The Desolation Of Skull Valley

The Desolation Of Skull Valley

The next time you sign up to work on an archaeological field assignment, as I did recently, you might first want to inquire of your potential employer one exceptionally important detail.

“Just exactly what is it that I will be doing?”

The summer season at Yellowstone has been over for several weeks, and most park rangers have scattered to the four winds. So for the time being I’ve left that lavish government housing unit and have put away the flat hat. Some rangers are lucky enough to land a winter park service gig, but the rest of us pretty much scramble for any sort of respectable employment.

You see it, but you aren’t prepared to believe it. The enormity of eighty million tons of rock sliding down a mountain in barely 20 seconds is almost beyond anyone’s comprehension.

Honestly, isn’t life the ultimate crapshoot? One day you decide to roll the cosmic dice, take your chances, look for Some Kind of Sign, and basically hope for the best.

Recently I took a chance and rolled those polka–dotted cubes with absolute gusto. When I finally looked around this is the sign I saw. 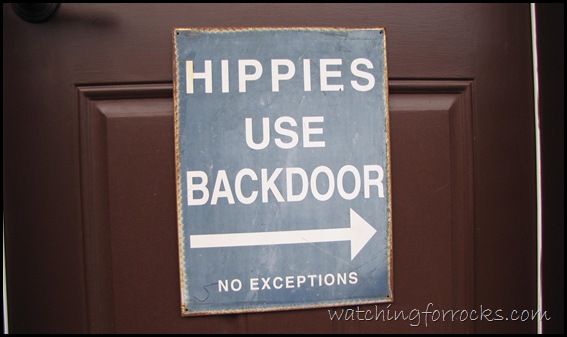 Nearly three–billion–year–old rocks at almost eleven thousand feet above sea level? If you find yourself going to or departing Yellowstone you might want to consider driving the Beartooth Highway between Cooke City and Red Lodge, Montana.

It does not even matter in what direction your travels ultimately take you.