In a recent post of mine (1/23/11), Silver Fox commented on a photo I’d posted where two hikers (Terry and Joe, not mentioned then but mentioned now) were admiring the lithic tuff. SF wondered if the subangular fragments might be basalt. I had to admit I didn’t really know for sure as I hadn’t had a chance to examine them closely. Not very sharp-eyed of me, was it?

Be that as it may, I did take a few other photos of larger intact fragments of consolidated ash within the ash fall. Fascinating! 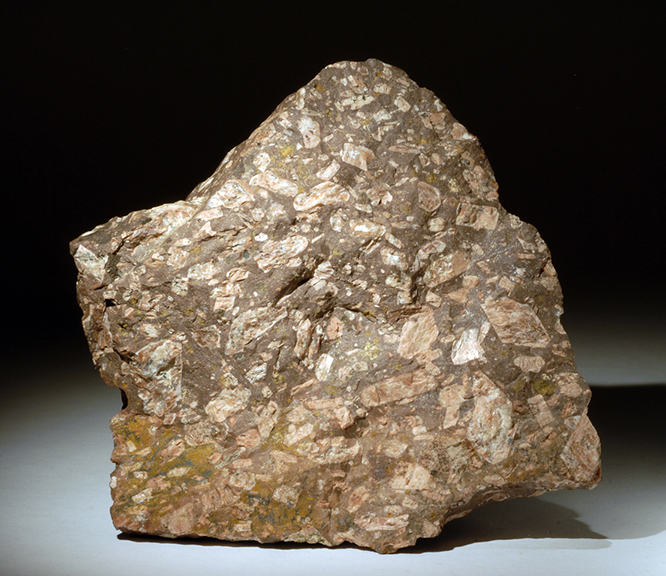 While the others were searching out petroglyphs, for me it was an easy walk up the slope to the lower cliff to do some investigating.

looked up the definition of “lithic tuff” in my Glossary of Geology (just to be sure I was using the correct terminology) and found this: an indurated deposit (indurated: said of a rock or soil hardened by pressure, cementation, or heat) of volcanic ash in which the fragments are composed of previously formed rocks, e.g., accidental particles of sedimentary rock, accessory pieces of earlier lava in the same cone, or small bits of new lava that first solidify in the vent and are then blown out.

“Lithic” refers in this case to the fragments in the ash.

I also collected some small calcite samples from the mine tailings we visited the previous day (posted 1/22/11). They are nothing spectacular, just fun pieces for my yard or shelf ~~~